Discussions of technology and gender usually focus on how gender shapes the design and use of technology — but less-discussed is the way that technology shapes our idea of what gender even is. In this talk, Os Keyes, a researcher and writer at the University of Washington studying gender, technology and (counter)power, will parallel the development of facial recognition systems for gender with the history of attempts to identify and classify trans people. In doing so, they will demonstrate the profound (and violent) threat that AI systems — even those which claim to merely be "observing" or "measuring" — pose for individuals’, communities’, and societies’ understanding of the range of possible human lives.

Os Keyes is a researcher and writer at the University of Washington, where they study gender, technology and (counter)power. Their research has been published in the conferences on Computer-Supported Collaborative Work and Computer-Human Interaction; their essays and reporting has appeared in Scientific American,Real Life,Logic Magazine and Slate. They are an inaugural winner of the Ada Lovelace Fellowship. 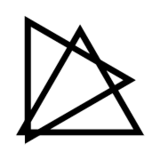